Consecutive voyages (Consecs or “CVs”). When a shipowner is contracted to carry a volume of cargo he can do so using any ships or one named ship. In this latter case, the named ship is chartered, usually on one charterparty, to proceed loaded from loading port to discharging port and to return in ballast to repeat the voyage consecutively until all the agreed cargo has been transported.

This may be common where large volumes of cargo are concerned but this method of chartering lacks the flexibility of the contract of affreightment (where the owner does not have to use a single, named ship) and perhaps the freight rates are higher to take into account the ballast, non-earning, return voyage from discharge port to load port. The CV may be for a specific number of round-voyages or for as many voyages as possible over a period of time, similar to a COA.

As an example of a CV charter, a future was reported on 10 April 1990 for a handy-sized tanker (49,700 dwcc) to carry oil for three consecutive voyages from Skikda (in Algeria) to ports in Italy, with original delivery to the charterer on 19 April 1990. This is a rather short distance and this may be one characteristic of CVs apart from the volume of cargo to be moved.

Longer-term CVs may also be found that make the contract appear to be more like a time charter, but without many of the disadvantages to the charterers of a time charter. One disadvantage is that if he contracts to pay hire for a period he must do so, or pay damages, even though the open market rates have declined after the time charter has commenced.

If the ship is unable to complete the agreed number of consecutive voyages before the agreed termination date of the charter, perhaps because of delays, on a rising market, the charterers may attempt to insist that the ship carries on the voyages even though the termination (cancelling) date has passed. If the market falls the charterers may not hesitate to exercise any option they may have of cancelling the original charter. This can and does happen on a declining freight market, especially if the charterers can control the delay periods for the ship despite having to pay demurrage. The demurrage may be out weight by the saving in freight rates if the spot market is used for the remainder of the cargo. It is obvious that much will depend on the integrity of the charterers if such practices are used in times of high fluctuations of freight rates. Charterers may prefer to contract on consec terms rather than time charter and fixed-hire terms over a period when rates fluctuate in the charterer’s favour. Unscrupulous charterers may also delay the ship and pay low demurrage when freight rates are rising if the freight rate varies from voyage to voyage.

For such charters which last over an extended period the shipowner should insist on the insertion of clauses that will protect him if, for example, freight rates decline more than cost increases, “Escalation clauses”, or if fuel prices are set to increase, “Bunker cost clauses” or foreign exchange rates vary, “Currency clauses”. 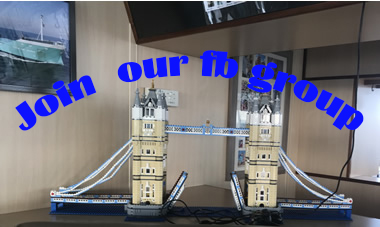