A “document of title” is a document that enables the holder (the person who “possesses” it) to deal with the goods described in it as if he was the owner. “Title” is the right to ownership. “Ownership” can be explained as the right of using, altering, disposing of (that is, selling) and destroying the goods. This “ownership” or “title” can be transferred by a formal transfer of the document, such transfer being an “endorsement” and/or delivery of the document itself.

If the “property” can “pass” by indorsing and/or delivering the document, this is as if ownership is being transferred or assigned. The bill of lading may sometimes be called a “negotiable” document but the word “negotiable” is connected with “negotiable instruments” which deal with the rights to money, fox example, a cheque. The transferability of the bill of lading gives its transferee/ holder rights to goods and a transfer of rights is an “assignment”. The transfer of title to the goods depends on the terms in the contract of sale and the title is transferred (“property passes”) when the parties intend it to pass. Such transfer can be by endorsement of the bill of lading by its holder.

If the bill of lading requires the carrier to deliver the goods to the order of a person, that is an “order bill of lading” and this would be transferable (or “negotiable”.) This type of bill of lading is a document of title.

If the bill of lading contains only the name of the person to whom the goods are to be delivered and delivery is not made subject to the order of a person, this is a “straight bill of lading” and is not negotiable or transferable. Therefore it cannot be a “document of title”. A “non negotiable” document operates as a receipt for cargo and can also be the evidence of the contract of carriage. Such a non-negotiable document may actually be marked as such. The document can be called a “waybill”. While the waybill may be suitable for purposes of evidencing the terms of the contract of carriage and also evidence that the goods were received by the Garner, the goods will be delivered to the person named in it on proof of his identity. Waybills may be appropriate to avoid fraud or to cover the common situation where the goods may be sold before they are even shipped.

However, the document of title characteristic of the bill of lading may still be important if the goods are to be transacted while the goods are in transit and, in any case, when the transaction is financed through banks and the documentary credit system. In this situation, the bank is providing finance to the buyer and this requires some form of security. The traditional bill of lading fulfils this requirement of security. This is one reason why banks are very careful when making payment on the production of bills of lading and why they are governed by the terms of the “UCP 1983”. When the bank is to make a payment, it will follow precisely the instructions of the buyer, contained in the original application for a documentary credit or just “credit”. If the credit specifies a “shipped on-board bill of lading”, the bank is unlikely to accept a non-negotiable waybill or perhaps even a “combined transport document”. 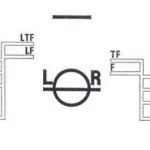