MEES (Middle East Emergency Surcharge). After 2 August 1990 when Iraq invaded Kuwait, and after the commencement of the Persian Gulf “war” against Iraq’s invasion, the situation in the Middle East became very dangerous for liner vessels (and other ships).

In addition to the increases in fuel prices caused by the steep increases in the price of crude oil (these did reduce later) there was also a steep increase in the costs of insurance of ships and cargoes moving into or out of or through. the Middle East.

The shipowners also had to lift additional bunker fuel to avoid having to deviate to dangerous intermediate ports for bunkers thus reducing cargo capacity, and had to increase the ships’ speed to reduce exposure of the vessels in the war risk zones and to make up the advertised schedules. Additional crew costs were also incurred (the “war risk allowance” paid to crew members). All these increased the costs to shipowners and they had to recover the increases to show a reasonable profit. Accordingly, some liner conferences imposed a surcharge allegedly based mainly on the increased operations costs.

The MEES was charged on a set price in U.S. dollars per shipping unit. It also depended on the trade route of the liner conference. For example, in February 1991, the MEES charged by the Hong Kong- Europe Freight Conference for full container loads (“FCL”), on the Far East to Europe and West Mediterranean route, was US$200 per TEU (twenty-foot equivalent unit), that is, per container length of twenty feet, and US$400 per FEU (forty-foot equivalent unit). For less than container loads (“LCL”), it was US$8 per revenue ton, that is based either on weight (per 1,000 kilogrammes) or measurement (per 1 cubic metre), on a “W/M” basis, whichever gave higher revenue to the carrier. On the North Africa and East Mediterranean routes, the MEES was US$300, US$600 and US$12, respectively, indicating that these may have been more dangerous and therefore more expensive routes.

When Iraq was forced to leave Kuwait by 1 March 1991, the sudden reduction in additional war risk insurance premiums for vessels caused the Hong Kong-Europe Freight Conference to reduce the MEES even further, to US$170 per TEU and US$340 per FEU or, for LCL cargo, US$7 per W/M or Revenue ton. 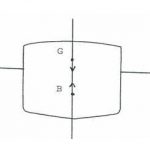